Welcome to Hibernia! Hibernia is a game set in ancient Ireland, take control of one of 5 kingdoms and use crafting, settlement and trade to make your chosen kingdom the most famous in Hibernia! The game was make for #JamCraft 2018.

The numbers do not show at the right place so it is hard to see what is going on. Browser: Firefox on Linux 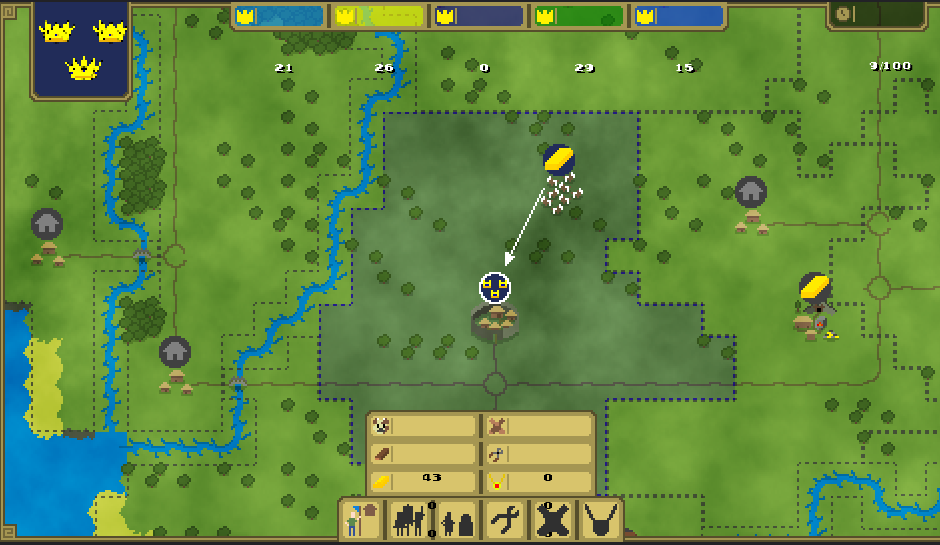 Oh, sorry about this. I'll look into it when I can. Do you happen the have any custom settings for displaying text in your browser (just a guess, on the off change it's that)?

No, I do not have any custom settings that I know of. It is probably a WebGL issue with firefox on Linux. It worked with the Chromium browser. Thanks a lot for the game, BTW.

Hey I know this was a couple months ago but the issue should now be fixed. It's actually a FireFox bug, anything other than alphabetic alignment has these crazy offsets, so I changed all that and slightly re-positioned everything, haha.

WASD keys don't work, everything else is fine. Not playable when its hardcoded to use keybord (no need, add mouse buttons) for keys that dont work.

Could you give me some details to which browser and OS you're using? Because those keys do work (Chrome, Firefox, Opera on Windows or Linux)... :/ Maybe if you're using IE/Edge or Safari (or Mac in general) there may be issues as those are relatively difficult to support, and difficult for me to test personally.

I think different Game modes would be nice. Instead of a rush to become famous, perhaps a conquer everything or trade a certain amount mode?

i played Hibernia and i liked it i liked how it played and played like an RTS but i wish thare were more choices like how many kindoms how mutch time diffeculty etc but for a small game to just mess around with play 2 or 3 games 1 of the best games i played in a while!

I played "Hibernia" before the "How to play" section was included on the game page, and I wasn't able to figure out what to do without it. It was just not intuitive enough for my taste. But I'm seriously very glad that I came back later just to find the little 'tutorial' text! Because, once I got the hang out of it, it became much fun to battle against the four other kingdoms for the fame; that's why I wrote a little article about it. And I mean, it's really stunning that you gave the whole thing such a sweet retro charm with the pixel art and maybe even the genre choice itself. :) Wonderful work, Jack, I mean it. Keep it up! And the sweet Irish-folk tunes of James made the whole game a round thing, in my opinion. A well deserved first place in the JamCraft 2018.

And maybe other people will easier get what to do with our gameplay video - texts aren't a thing for everyone. ;>

Thank you for checking out and reviewing my game, I appreciate it. And yeah, there is a wee bump of a learning curve, luckily with HTML5 having the controls and guide on the page is convenient. I do however plan to include an "advisor" style tutorial in the future.

Very neat! I think it has some great potential become a fun medieval time-killer for the lunch break. :D

Game does not responed keyboard commands.

It should, can I ask which browser & OS you're using?

MS Edge from win10,  the mouse controls are working though.

If you want it to work you'll have to use Chrome, FireFox or Opera for now I'm afraid. MS Edge, like MS IE, doesn't have support for a lot of HTML standards and is still buggy with what it does support as far as Stack Overflow reports. If it's just keyboard though I should be able to implement a work-around. Thanks for the help! :)

Good to know, thanks, will try chrome, and i have now, it works just fine 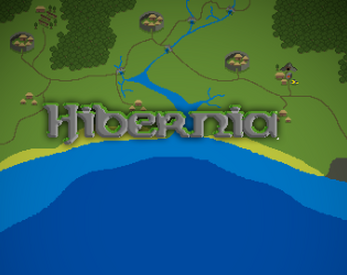