The game was built and most tested using Chrome. Firefox works as well, but has some minor scaling issues. IE... Is IE, stop using it already! >.<

Note; there is keyboard controls but they don't work on this site via the iframe. :(

Despite this game being incomplete, there is still win and lose scenarios. You lose; if your don't have enough culture. The culture requirement increases as time progresses. Natural disasters can destroy cities and thus your culture. You win; by simply surviving 500 years.

You can spread culture by settling in unoccupied cities, or by changing the culture of a city via trade. The culture output of a city is determined by the quality of it's exports. To make better, more valuable exports, you can produce them by importing the necessary ingredient resources.

But, due to the games incomplete nature, you may prefer to play it for a little while to survive and then just explore, which can also be fun and interesting in itself as the map is huge. :)

In this game, you play as the Minoans. An ancient civilization that lived on the island of Crete thousands of years ago. They were ahead of their time in many respects, and their prosperity came from trade. Their civilization was brought to a rather sudden end due to a volcanic eruption that in turn triggered a tsunami.

Your goal is to settle and trade far and wide and attempt to survive repeated natural disasters, by sustaining enough culture throughout the Mediterranean.

This game was made within 2 weeks for the #CGAJam. I think the idea of this game is unique, but could have been better executed, as well as more complete. A factor of this games lack of completion is trying to do too much with too little time. Regardless, I'm happy with what I managed to do, and while I may not be coming back to it, I've learned a lot and been inspired in the process of making it, and that's what jams are all about. So apologies if you wanted this to be an awesome complete game! I didn't quite manage that feat. :)

Design, art and programming were all me.

Music and sound design is by Isaac S. Johnson

Ports stop working completely after being hit by the disaster once.
Which make them useless.
It looks like the trading vessels get stuck as ground units,which breaks them.

It seems like a lot of fun but it freezes on me every time a volcano goes off in about the first 2 minutes of playing.

Thanks for letting me know. I just tested it however and all seemed fine. I'm using Chrome, so I can't speak for issues in Firefox though, if you're using that. I didn't have time to thoroughly test in all browsers, unfortunately. I added a compatibility note just in case.

I am using Firefox so that's probably it.

I got the Firefox volcano issue too - freezes when the volcano happens. I'm impressed by the scope and ambition of the game. I appreciate the amount of work that must of gone into this game. Congrats for making this in 2 weeks! 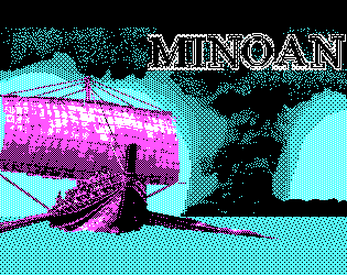